On 3 September 1939 Prime Minister Robert Menzies announced the beginning of Australia’s involvement in the Second World War.  Australia was facing a future of uncertainty as Buick in Australia were selling the newly released Century Sedans and other models to the general public.

That year Buick rolled onto the scene, surprising many with a completely new design from the much loved 1937 – 38 model. Some of the main changes to the design were the waterfall grille, long flowing body lines and door handles positioned in line with the exterior moulding, being an Australian design. Buick also changed from a floor shift gearbox to a column shift and fitting rear turning indicator lights with the switch located on the gear lever.

Complete Chassis and Drive trains where imported from America as General Motors-Holden’s Limited (GM-H merged in 1931) were busy producing sedan bodies for unassembled chassis. It was common practice for the Australian built bodies to have a Holden’s Badge screwed to the left hand side of the body. According to statistics, there were only 116 of the 60 series sedans sold in Australia in 1939. At the time Buick were known as one of the fastest production cars on the road and therefore the engine went unchanged from the previous model.

In 2012 I purchased this 1939 Century sedan. The vehicle was originally restored in the 1970’s. Unfortunately by the time I purchased the vehicle, the exterior and mechanical components of the car were in desperate need of restoration once again.

I am a motor mechanic by trade, completing my apprenticeship in the early 1970’s. I have a good collection of historic vehicle, many of which I have restored. I enjoy all makes, however have a soft spot for early Buicks.

As for this vehicle, the interior of the vehicle had been meticulously restored in the 1970’s by an upholster who worked for Rolls Royce. Their craftsmanship shows as it has withstood time and is still in pristine condition. The detailed work match that from original factory design, using top quality leather. Keeping this in mind, I made sure that the new restoration work would be kept as close to the original Buick design as possible. It was necessary to import many replacement parts from America. 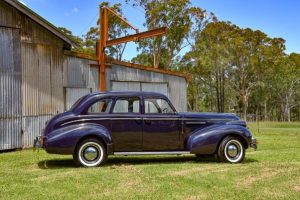 Buick was used extensively in the Captain America movie, with the 1939 model having a major role. I had the opportunity to chauffeur a number of dignitaries in my Buick, as well as using it for weddings and special functions.

GM-H built the Australian bodies, changing the style from the firewall back to the American design. 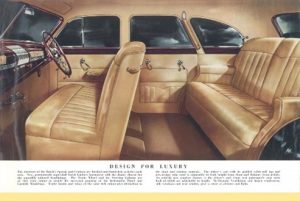 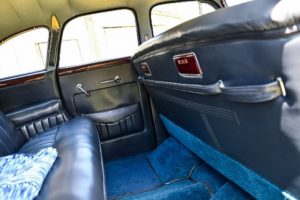 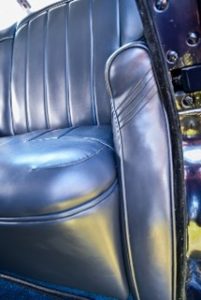 The interior details during restoration were retained as close as possible to the original styling.

The Dynaflash engine was unchanged in 1939. It was considered as one of the most powerful and fastest production car on the market. 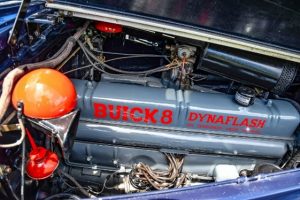 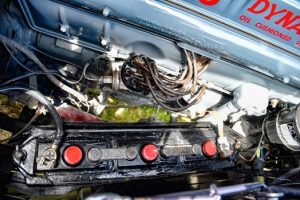 American vehicles at the time had a 6 volt electrical system. This vehicle still has a 6v system, retaining its original design.

In 1939 Buick designed a totally new dash design, as well as fitting a column only gear shift and the blinker switch in the gear lever.

The only non original item fitted to the Buick was a modern temperature gauge. The gauge face was specially made to suit the vehicle. 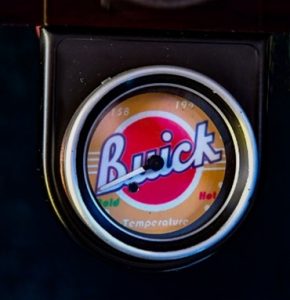 Buick Motor Division first used the Buick family crest as a decoration just above the radiator grille on its 1937 models. The shield was “modernized” (made longer top to bottom and narrower in width) in 1939. 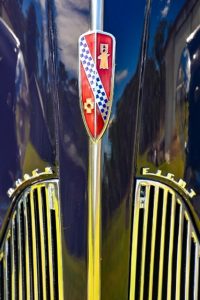 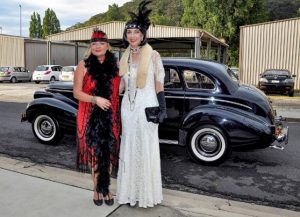 I had the opportunity to chauffeur a number of dignitaries in his Buick, including Dame Marie Roslyn Bashir AD CVO who at the time was the second longest-serving Governor of New South Wales. Other dignitaries included Actress Paula Duncan, plus a number of local members of government.

Scene from the movie Captain America 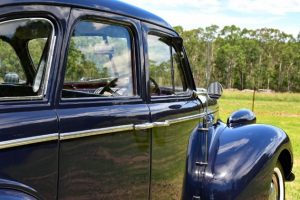 Integrated door handles into exterior body moulding were an Australian design and were not introduced to American Buick bodies until 1941.